NO ARTIST IS AN ISLAND

Coconut Grove, Florida, April 2009, Renaissance poet John Donne wrote, “No man is an island.” This famous line illustrates humanity’s need to connect with one another and artists are no exception to that truism, says art-marketing consultant Alyson B. Stanfield. Yet convincing artists of the benefits of reaching out and tapping into the collective energy to be found with other artists can be challenging.

“In general, artists prefer to be alone,” says Stanfield. “They can be resistant to getting out of their studios, meeting other artists and people in general. Yet those who do these things have an easier time selling their work.”

To help artists grow beyond that resistance and as part of her ongoing mission to give back to the creative community she loves, Stanfield created Art Biz Connection at artbizconnection.com, a Web site offering a downloadable program free of charge that takes the stimulus found in group process and puts it to practical use. On the site Stanfield encourages artists to use a structured nine-meeting program in which they design their own marketing plans in a safe, group-centered environment.

Stanfield likens the groups to the salons of the late 19th and early 20th centuries, lively gatherings where ideas were exchanged among artists and writers. Some of the more famous salons, such at the one led by Gertrude Stein, went on to nourish influential visual and literary artists like Ernest Hemingway, F. Scott Fitzgerald, Pablo Picasso and Henri Matisse.

Calling the groups “salons” in deference to the artistic tradition of meeting and sharing ideas is intentional says Stanfield. “No other word has the same connotation. Exciting things have happened throughout history when artists join forces and use their connections and communities as building blocks to share ideas.”

To give Art Biz Connection salons impetus and structure, Stanfield urges artists to gather on a regular basis and download each portion of the nine-meeting plan from the Web site. While the process methodically covers the formation of a comprehensive marketing plan, there is a real bonus in developing a bond with an empathetic support group capable of providing advice, motivation and pushing the boundaries of creative thought.Â

Stanfield launched the program in June of 2005 and reports, as of January 2006, more than 50 salons across the U.S., Canada are already organized and meeting, with more forming every day. It has even reach across the Atlantic, with a recent salon starting up in the United Kingdom.

South Miami artist, Debra Cortese, who specializes in Nature’s Energy art and design, is facilitating this art salon because she was so impressed after taking Alyson’s art business course online last year. “I’ve wanted to put this together ever since I learned that Alyson offered this marketing salon for free to art groups and it’s taken me over a year, but I’m very excited. We have over 16 artists registered and I can just feel the creative energy and ideas already!” 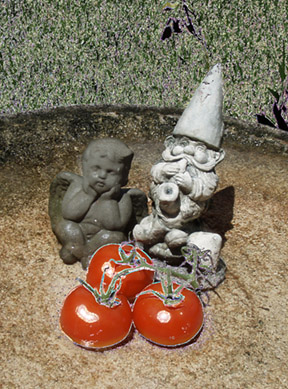 Annamaria Windisch-Hunt, of Windisch-Hunt Fine Art in Coconut Grove is hosting the salons. Cortese tells us ” Annamaria was instrumental in getting me to commit to this project. She had also read Alyson’s book “I’d Rather Be In The Studio” and when she offered the gallery space to the group, it was an offer I couldn’t refuse.” 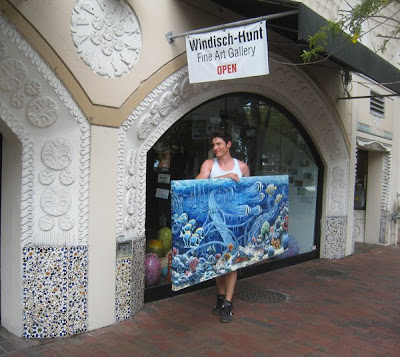 Stanfield envisions an ever-widening circle of salons crisscrossing the nation, creating incubators for artists and most of all ensuring that no artist is left to face daunting endeavors alone. â€œI want artists to know they are part of a larger community of artists with a strong, proud history. If salon participants stick with this program, by the last meeting theyâ€™ll have a viable marketing plan and a roadmap for success,â€ says Stanfield. â€œAnd if they decide to keep meeting after that, the potential is limitless.â€ Â

Stanfield, based in Golden, Colorado, is the president of Stanfield Art Associates, Inc., an art-marketing consulting firm. As an artistsâ€™ advocate and coach, she helps artists promote themselves and build their businesses through classes, workshops, publications, individual consultations, and a free weekly newsletter. Her newsletter has more than 2,000 subscribers and in the past three years more than 800 artists have attended her lectures, classes, and workshops. Her clients come from every state except North Dakota and span the globe, hailing from Japan, Switzerland, Sweden, Australia, Canada, the United Kingdom, Italy, and Ireland. Prior to starting her own business, Stanfield worked for ten years as a curator and educator in art museums. She writes regularly about art for publications such as American Craft and Sculptural Pursuit.

For more information and an online media kit, go to www.artbizconnection.com/mediakit. 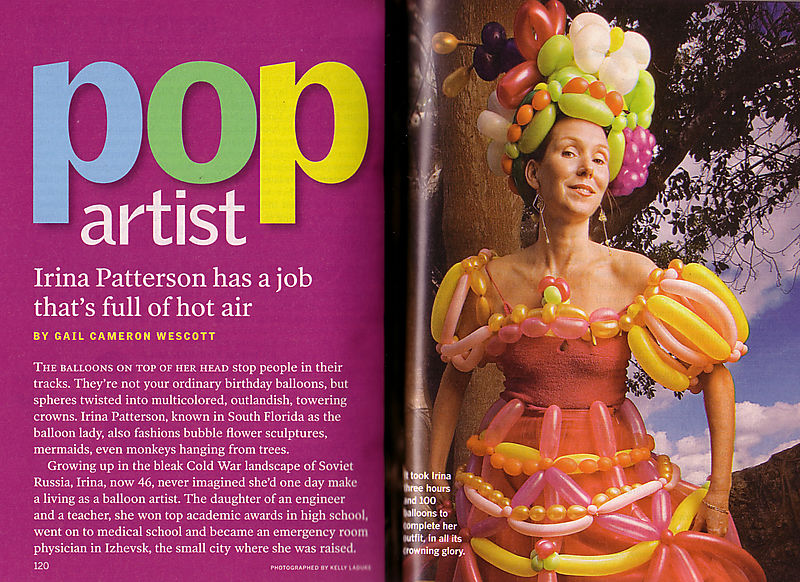 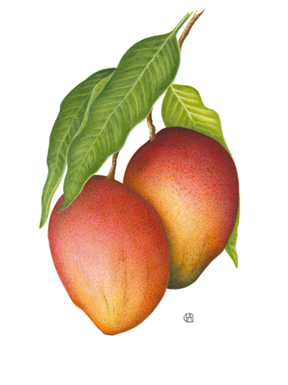 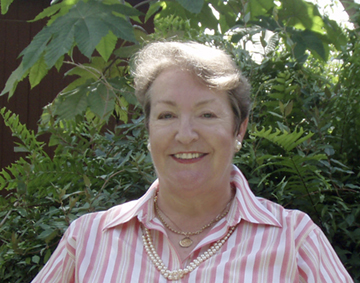